You are here: Things to do > St Mary the Virgin, Llanfair Kilgeddin 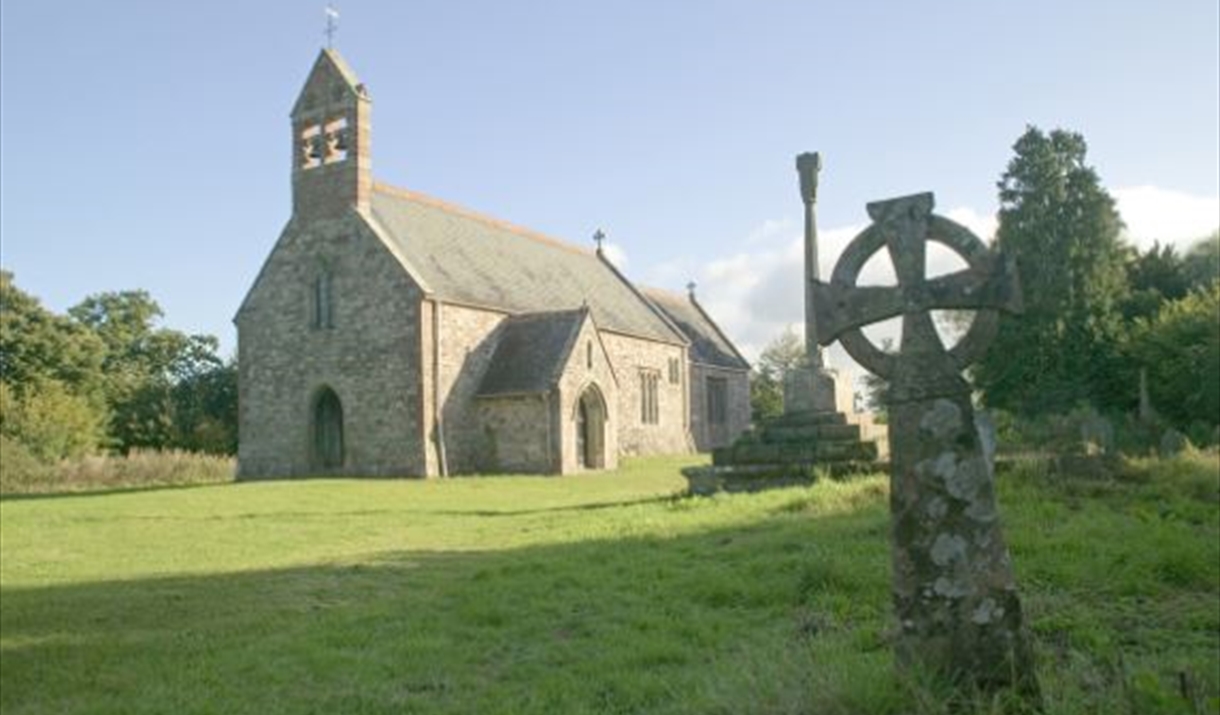 Grade I listed medieval church which was rebuilt in the 1800s, carefully reusing some of the earlier fabric – such as the 15th-century rood-screen, stained glass and tracery.

St Mary’s was rebuilt in 1875-6 by the architect John Dando Sedding who carefully reused some of the original fabric and introduced a rich decorative sgraffito scheme. In 2006-7 this was conserved by the Friends, with grants from Cadw and The Pilgrim Trust, in memory of Lord Jenkins (Roy Jenkins).

Llanfair Kilgeddin was the venue of the 2001 AGM of the Friends of Friendless Churches. Over one hundred people – including members and many local people – attended. Find out more about how to attend our AGMs by joining the Society. It is probably the Friends most popular church, attracting hundreds of visitors each year.

The chancel roof and much of the window tracery are medieval, whilst the 15th century chancel screen and Norman font are survivors from the earlier building.

The north chancel window contains fragments of medieval glass whilst some monuments and floor slabs of the seventeenth and eighteenth centuries were also incorporated into the rebuilding. In the churchyard is a late medieval cross to which Sedding added a new top.

* The keyholder lives nearby. Call the office of the Friends of Friendless Churches for details.