You are here: Things to do > Cefn Ila Woodland 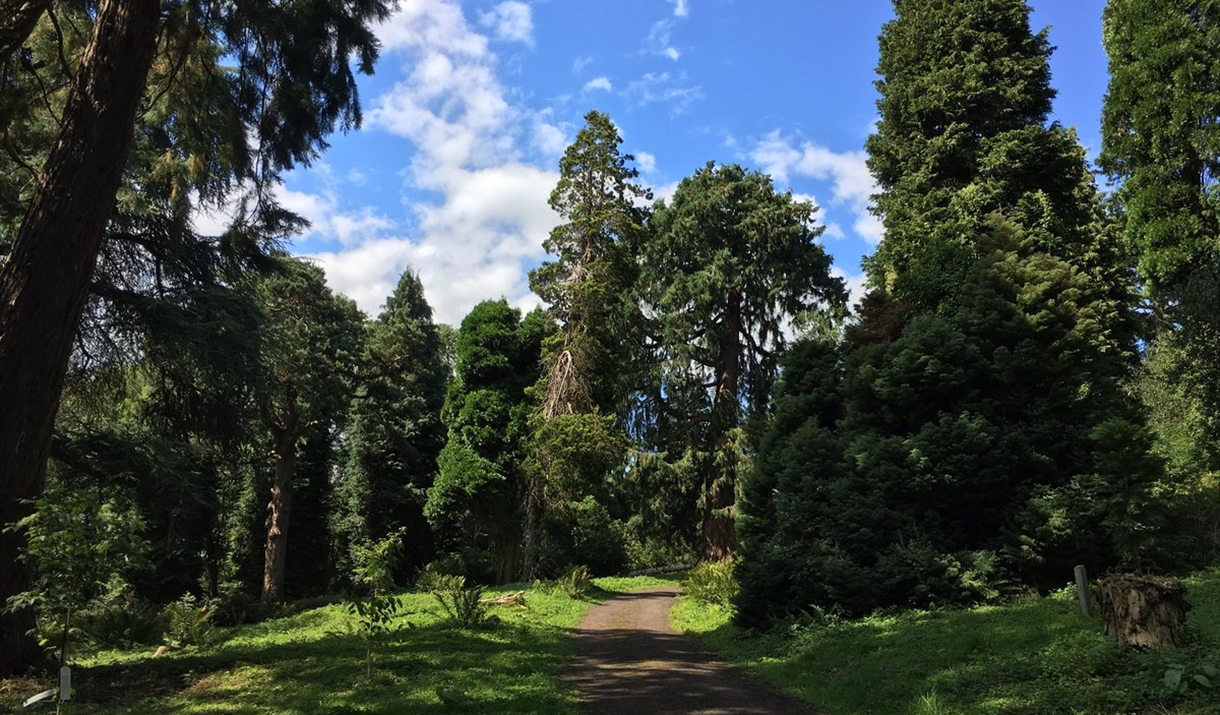 Though Cefn Ila is a developing woodland, it has an intriguing history and contains many features which will spark your curiosity about its past. Set in the rolling Welsh countryside and surrounded by a wider landscape of small woodlands and farmed pasture, it is within walking distance of the historic town of Usk. A manor house once stood on the site along with a landscaped Victorian pleasure ground, and the relics of its past are waiting to be discovered, explored and enjoyed.

From the humble hedgehog to rare birds, such as the hawfinch and the redstart, wildlife thrives in Cefn Ila. Foxes forage in the surrounding farmland, badgers take refuge and several species of bat rest in the bat roost.

Listen out for the ‘cronking’ calls of the ravens that breed in the site’s older trees, and watch for the flutter of the many moths that have been recorded by the Monmouthshire Recording Club. The locally-rare wasp spider also breeds at Cefn Ila, with over 25 recorded here.

The new woodland was designed with the local community who helped to plant many of the trees here. An arboretum contains many mature conifer species, ornamental shrubs and a mix of non-native and native broadleaved trees that give a natural woodland feel. These mask a once-manicured 19th century terraced garden.

Be sure to visit the rare old orchard consisting of over 50 apple and pear trees, a plum tree, several elders, and some cherries still survives.

* The site is 1.6km (1 mile) from the town of Usk. A public footpath leads from a point between houses just to the north of the road bridge in Usk and divides approximately half way along its length, with the northern spur linking into the access track at Cefn Ila and the southern spur just clipping the southern boundary of the site.

You can access the site from the car park as well as the public footpath which runs from Usk.

There is a car park at the entrance to the wood, with space for up to 10 cars. There is also a public car park in Usk, plus a small county council car park along the Pontypool Road, just to the north of the start of the public footpath.