You are here: Things to do > White Castle (Cadw) 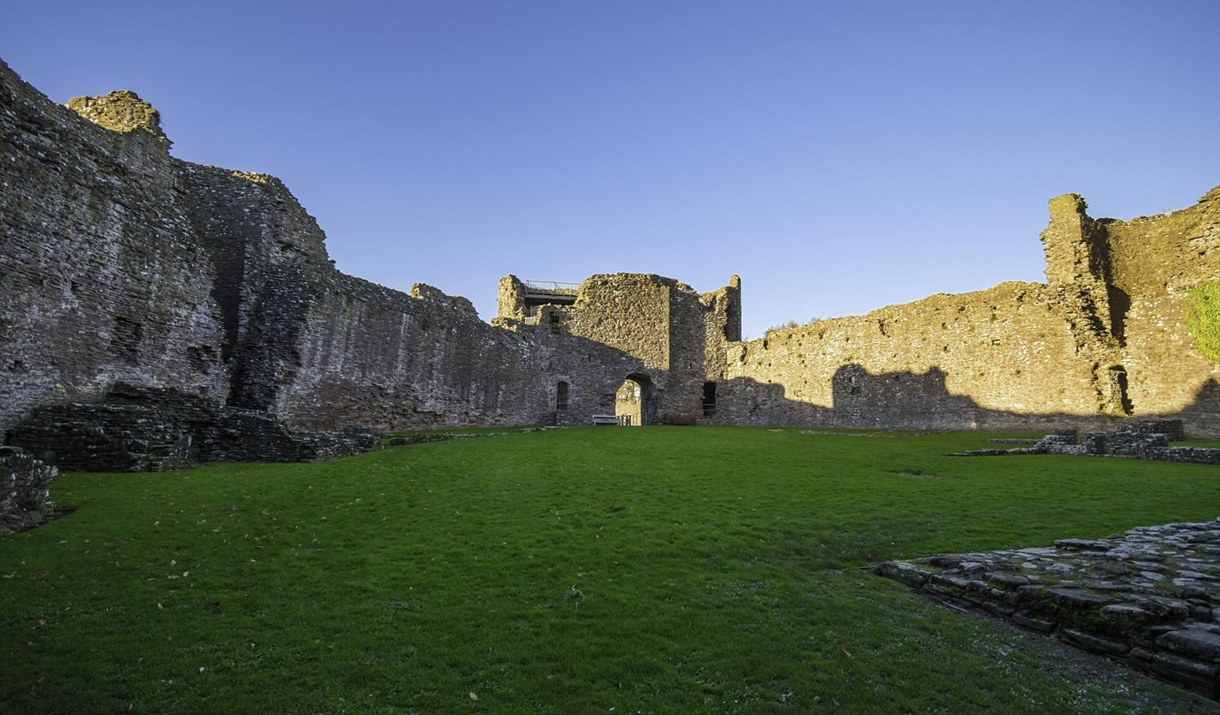 White Castle is the best preserved and most imposing of the trio of Monmouthshire fortresses known as the ‘Three Castles’ – which includes Grosmont and Skenfrith – built to control the border. Originally constructed from wood and earth, a series of renovations transformed it into the significant defensive structure we see today. Its medieval name might derive from the white rendering used on its masonry. The large outer ward is as big as a football pitch, while the pear-shaped inner ward sits behind a deep, steep-sided, water-filled moat.

Many of these features are thought to be the work of the Lord Edward (later King Edward I) who took possession of the Three Castles in 1254. The modifications at White Castle, his first Welsh castle, can be seen as a forerunner of the mighty fortresses he would go on to build in north Wales.